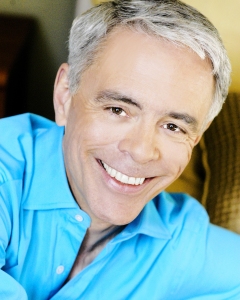 Dominic Meiman has been the pianist/conductor for two national Community Concert tours of The Merry Widow and Naughty Marietta for Columbia Artists Management.  He was the principal pianist for the Light Opera of Manhattan, where he played virtually all the Gilbert and Sullivan canon.  Mr. Meiman was the music director of The Merry Widow and Side by Side by Sondheim at the Cortland Repertory Theatre.  Other favorite regional credits include music directing A Funny Thing Happened on the Way to the Forum.

Mr. Meiman has a Bachelor of Arts degree from Harvard.  His postgraduate work included extensive studies in theory and composition at Mannes College of Music.  He studied piano with Joseph Prostakoff and currently studies with Sophia Rosoff.  Both teachers are direct disciples of the renowned and revolutionary pedagogue, Abby Whiteside.  Mr. Meiman is the secretary of the Abby Whiteside Foundation, which promotes the teachings of Abby Whiteside.  Aside from his work with the Abby Whiteside Foundation, Mr. Meiman teaches Suzuki Piano and accompanies professional singers.  He created the orchestrations for the highly successful Richard Rodgers revue, Something Wonderful, and orchestrated the show The Night They Invented Champagne, Operettas and the Musicals They Influenced for a CD that was released in 2007.  His article on transposition, “The 20-Minute Miracle” was published in the September/October 2010 issue of Clavier Companion magazine.